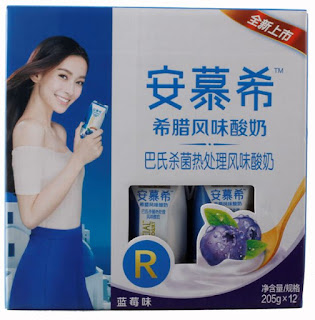 Two decades ago, NABC contracted a professor at Wuxi University of Light Industry in East China to conduct secondary research on the Chinese perception of blueberries.   We were surprised that "blue-berries" were listed dozens of times in scientific articles on health and nutrition in Chinese medicine.   The term "blue berry" is a bit different than what we know in North America.    Throughout the far north of China in Heilongjiang province there are huge natural growths of Chinese wild blueberries.   They are normally harvested by hand in the season and utilized in beverages and winemaking.   The same occurs in the border regions of China and North Korea and areas north into the Russian Far East.

Any of you who have tried the traditional Chinese blueberry drinks will attest -- it is strong in flavor.
Most health citations in China include general information on blueberries for women's health with references to skin care and beauty.

This love for the medicinal blueberry has led to some interesting developments.