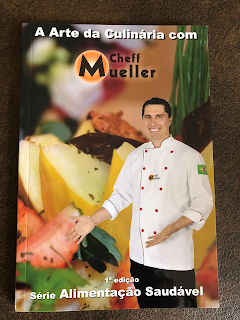 Chef Mueller in Brazil is an icon in the culinary scene.   He also loves blueberries!   When Katia met up with him at the first ever Blueberry Festival in Southern Brazil  -- they planed lots of blueberries in his upcoming cookbook.  Here it is!!! 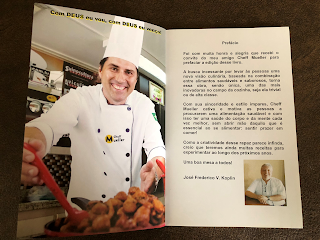 Chef Mueller has his own television show demonstrating modern Brazilian cuisine.  He has a large following throughout this vast country!