Back in the 1890s in New England, huge blocks of ice were cut from frozen lakes, were taken to ports and loaded on specially insulated sailing ships for months long voyages to the temperate zones of the Southern Hemisphere.   Most of the cargo would melt, but what was left was worth a fortune in steamy Calcutta India.   Imported ice was cut into cubes for gin and tonics, ice cream and as novelty for ice carvings in the colonial grandeur of India.
Today, USHBC has initiated a new ice trade -- shipping frozen samples of blueberries to the sub-continent for trials with food processors.   When we first visited India, lots of companies such as dairy, baking and confectionery -- needed blueberry fillings.   Filling companies needed blueberries and we had a chicken and egg situation.   Filling companies were unfamiliar with blueberries and asked for samples.   Shipping one case was almost impossible -- especially with post 9-11 restrictions on dry ice for air freight.   USHBC bridged the gap with a sampling program called Quality Samples Program or QSP.   The USDA-Foreign Agriculture Service provided a grant to USHBC where we could land supplies of frozen blueberries to India for non commercial testing and evaluation.   We also provided technical assistance and help with formulation and troubleshooting.    This program was just launched recently but already we have seen success with one major filing company developing a product for nationwide distribution.   Others are on deck!

We are confident that India will be a substantial market for frozen blueberries in the future. 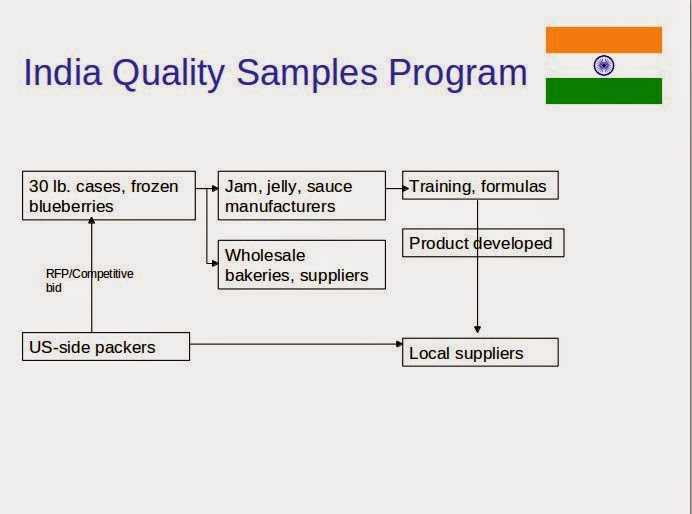 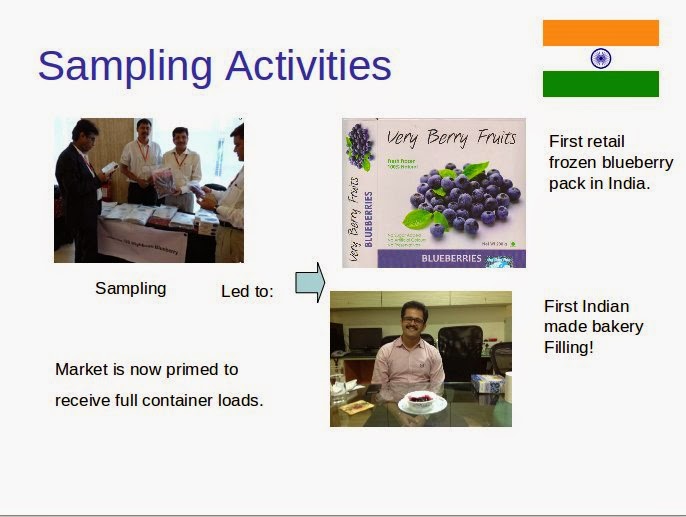 Posted by Blueberryguy at 9:00 AM