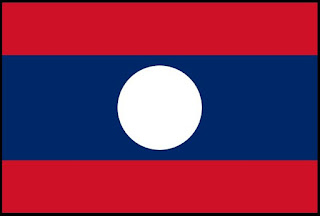 Hana -- our mighty motorcycle riding Blueberry FoodTech in Vietnam --called me up Christmas day and told me she was headed to neighboring Laos to check out the market for blueberries.
Welcome Hana to the Lao People's Democratic Republic! 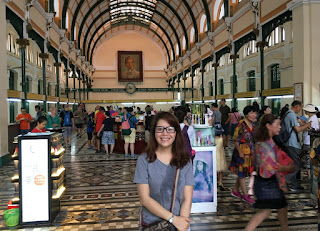 Here is Hana.  Watch out -- she drives her scooter very fast!  (as do all Vietnamese)  Note the image of Ho Chi Minh in the background!  Hana holds BS degrees from Ho Chi Minh University in Food Science and Biotechnology.   Now she scoots all over the region introducing food processors to USA blueberries! 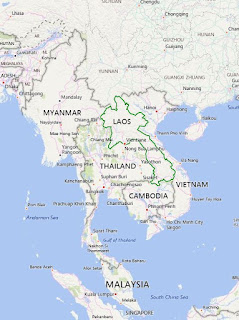 You probably have not thought much about this mysterious land of around 7 million.   This was of course the location of the infamous Ho Chi Minh Trail during the war.  Today, you probably have neighbors from Laos who fought alongside US troops, then moved to America after the war.  Many grow strawberries or operate donut shops. 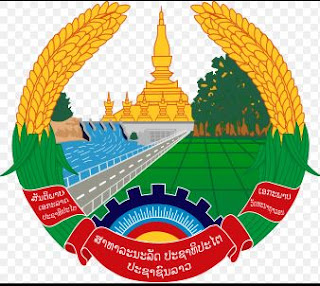 Laos is one of the last Communist countries on Earth and the motto: Independence, Peace Independence, Democracy, Unity and Prosperity. 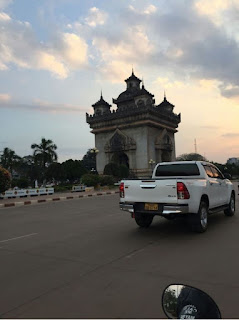 Silently, this traditional and mysterious country has risen from the rice paddies into one of the fastest growing economies in the region. 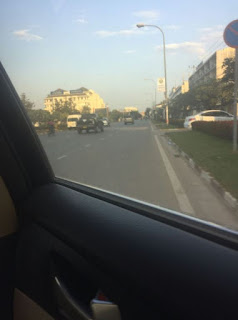 Note: taking photos in this country is still difficult so pardon the angles.   All of a sudden they have an international airport, a state airline.  The World Bank has invested billions into hydroelectric plants in the North.   Investors from throughout Asia -- especially South Korea are developing housing, grocery stores and all sorts of business enterprises.  Interestingly enough -- few donut shops.  We have been told that the Laotians are not crazy about the donuts just think of it as a great family business in USA.

So, hold onto your helmet -- Here is Hana's tour of Laos!

US Blueberry growers held strategic planning meetings in 2017.   Finding and developing new high value markets overseas was a high-ranking priority.   Hana's Southeast Asian FoodTech campaign carries out this directive.   Although most emphasis is on Vietnam and the other "Tiger Economies" such as Thailand, Singapore, Indonesia and Malaysia  -- the emerging markets are also on the long- term target list.   One big takeaway from Hana's Excellent Laotian Adventure is that countries like Laos, Cambodia and Myanmar are now being developed as food processing centers.   With abundant skilled labor (no unions) energy and raw materials -- Korean, Japanese and European (Mainly Scandinavian) companies are setting up shop in the region.   Won't be long until we see the Real Blueberries ™ Seal in the land of Muang Lao!


Posted by Blueberryguy at 8:26 AM