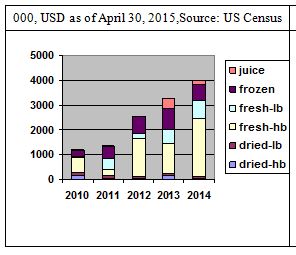 USHBC made a grand debut at the 2000 Food Taipei Show.   Our samples were scrutinized for two hours by customs at the airport.  Nobody knew what a blueberry was!   Our taxi to the show  almost flattened a motor scooter.   (nobody was hurt -- just the pride of the "hello kitty" helmet wearing speedster.   Then when all looked good, the show was rocked by a major earthquake sending booths flying.   We survived and now Taiwan is one of our major export markets for fresh and processed blueberries.

Taiwan has seen a steady growth of fresh blueberry sales, but now we starting to see more and more blueberry-containing products including frozen and dried blueberries.

Check out just a few of the new offerings exhibited at the Food Taipei show in June 2015.  USHBC met with many of the leading food companies in the region and should see some more new products in the months to come! 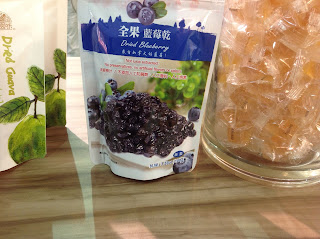 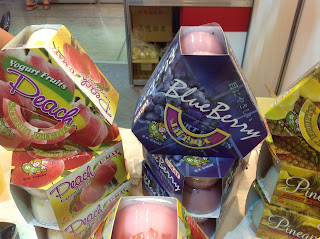 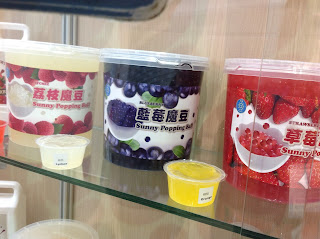 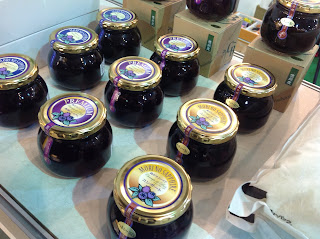 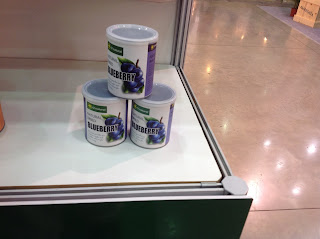 Posted by Blueberryguy at 1:53 PM