The American Institute in Taiwan (AIT) featured the Blueberry Centennial in a press release which was published in media outlets across the land.  See the post on the AIT Facebook page which featured a special visit and toast by the Deputy Administrator and USDA-FAS staff in Taipei.  The show was a big hit and lots of interest by Taiwanese companies for frozen and dried blueberries! 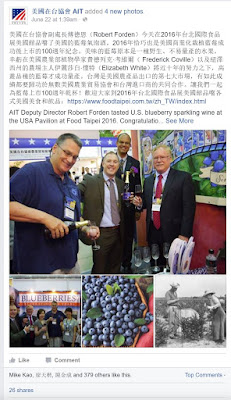 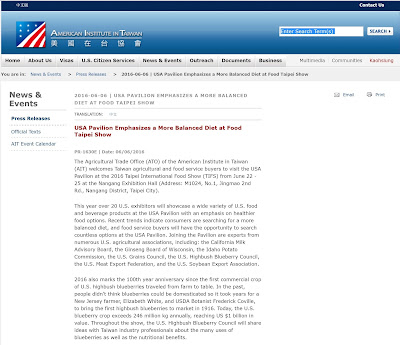 Posted by Blueberryguy at 10:21 AM