We are always talking about promotions of US Blueberries to the "heavyweight" BRICs countries (Brazil, Russia, India, China and South Africa).   We are now looking to a promising market in the "welterweight class" Southeast Asia in what are called the ASEAN countries:   Association of Southeast Asian Nations.  They consist of:  Brunei, Cambodia, Indonesia, Laos, Malaysia, Myanmar Philippines, Singapore Thailand and Vietnam. 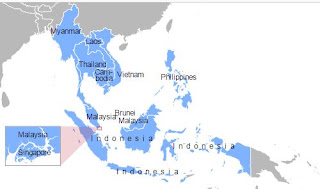 Singapore is a very promising market for fresh blueberries and has consumed more than 650,000 kgs or fresh blueberries in 2014.  (about 1.4 million lbs).   This is a substantial amount for a country with 6.5 million population!   Singaporeans appreciate good food and are turning on to blueberries!
Philippines are a emerging market for processed blueberries.   This USA-friendly country of 98 million consumed more than 575,000 kg of frozen and dried blueberries. (1.2 million lbs.)   Much is going to the food industry including baking, dairy and snack foods. 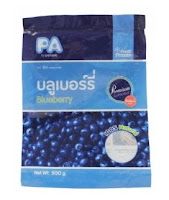 Thailand is a food industry market and blueberry is a popular ice cream flavor.

USHBC has been working in the ASEAN markets for the past decade, mainly in the food industry with exhibitions and technical assistance.    Will post some photos from the recently completed Food Ingredients Asia Exposition in Thailand.  In the next year, we will also conduct retail promotions for fresh blueberries in Singapore and hopefully in the Philippines and Vietnam where we are working on market access.

Watch this promising new market for US blueberries!

Posted by Blueberryguy at 10:58 AM