We all know that China will eventually become our largest market for fresh and frozen blueberries.   We also know it is the toughest market to succeed with import difficulties, an ever changing trade structure and competition from countries with zero duties due to Free Trade Agreements.

USHBC took the a big leap forward and conducted market sampling and feedback with thousands of online consumers through the country's leading online retailer.

The promotion is described below in the USDA-China Newsletter.   Prime consumers of T-Mall who purchased frozen products received samples of frozen blueberries and were asked for feedback.   The feedback we have received has been positive and this has proven to T-mall that frozen blueberries are a viable addition to their billion dollar sales promotions!  In addition to working out the kinks of importing, wide spread sampling nationwide -- we also included a detailed online survey to gain consumer feedback on frozen polybag blueberries.    And -- "if this isn't enough" --as they say in the direct-sales business  (No Ginzu!) -- we also have a supply of frozen blueberries in-market to tap for sampling to food industry accounts.

As they say on the Ronco broadcasts -- "That's Amazing!" 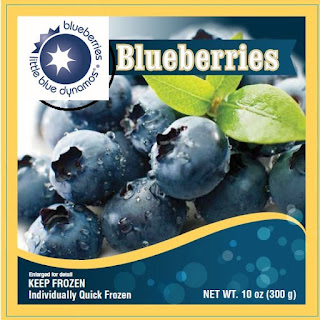 Posted by Blueberryguy at 8:26 AM