Quick view - Myanmar officially the Republic of the Union of Myanmar and also known as Burma, is a sovereign state in Southeast Asia. Myanmar is bordered by India and Bangladesh to its west, Thailand and Laos to its east and China to its north and northeast. To its south, about one third of Myanmar's total perimeter of 5,876 km (3,651 mi) forms an uninterrupted coastline of 1,930 km (1,200 mi) along the Bay of Bengal and the Andaman Sea. The country's 2014 census counted the population to be 51 million people. As of 2017, the population is about 54 million. Myanmar is 676,578 square kilometres (261,228 square miles) in size. Its capital city is Naypyidaw, and its largest city and former capital is Yangon (Rangoon). Myanmar has been a member of the Association of Southeast Asian Nations (ASEAN) since 1997. 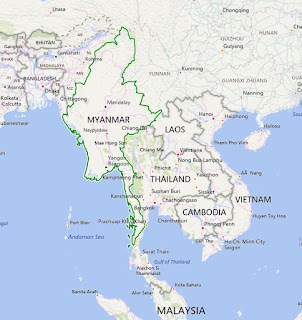 Personal Observations from Hana:
The country of Myanmar is developing rapidly, attracting investment from foreign investors. - Traditional culture is always emphasized, such as wearing skirts, including men and women in everyday life, eating betel nuts. They also begin to integrate with new things, such as Fast food restaurants are also crowded, supermarkets are always crowded. 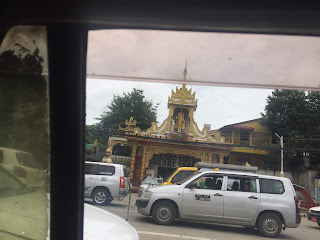 - Visitors to the temple, Buddha, anyone to remove their shoes and socks again. In particular, you should dress up polite and not say bad things when going to the temple, because it is sacred so absolutely not to say bad words. it is important to remember that women are not close to touching sacred objects in Buddhist temples and shrines or reserved places. for prayers for chanting. When you want to give something to the monks, if the woman has to put a handkerchief on her hand to not touch the monks.

- The Myanmar people eat betel leaves to dye red teeth and thanakha protect the sun and make the skin more beautiful. If you prefer to buy thanakha on trial, this kind of powder is made from nature and has many effects.

- Fruits, imported pancakes are sold almost in the supermarket chains: City mart, Ocean mart, ... At present, the number of confectionery and beverage manufacturers is not much in Myanmar, but this can be considered as potential for us in the first step of penetrating into the market.


Posted by Blueberryguy at 6:24 AM