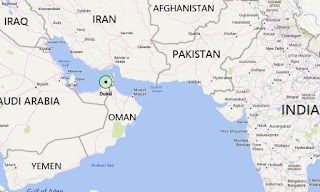 Our directive from the blueberry industry has been to seek out new, long-term markets for highbush blueberries.   Ten years ago, we made our first mission to the Middle East, starting with Dubai which is one of the United Arab Emirates.   I spent a week in Dubai as well as Abu Dhabi and Sharjah which are also part of the UAE.  It was depressing, I walked the public markets, local stores and upscale stores and only could find a few bottles of jam.   At the show, we spent most time explaining what a blueberry was.

Fresh blueberries 365 days a year.  Note this is at a local supermarket and the customers are Middle Eastern and Indian and not Western Expats. 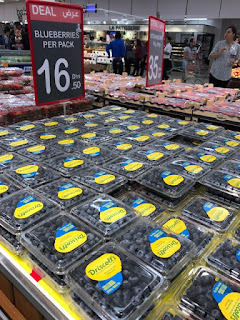 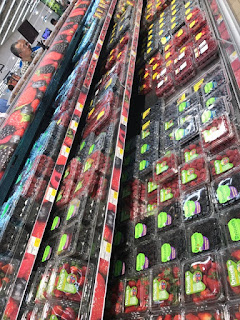 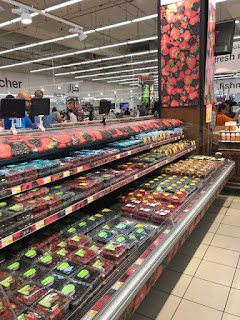 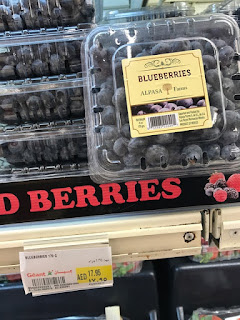 Dried Blueberries.   Dried fruit is part of Middle Eastern culture and consumers will pay the price for the finest product.  Below is a consumer pack of dried, non-sugar infused blueberries and a bulk bin in the produce section of the market.   In this part of the world, consumers like to buy fruits in the bazaar or "souk" which is the tradition. 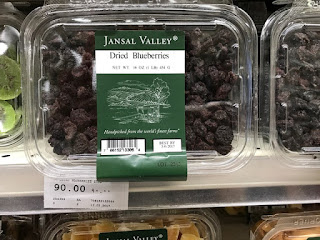 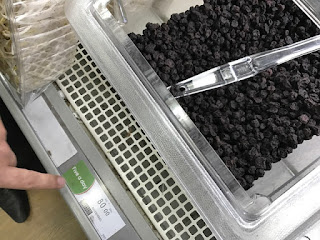 Frozen.  I never thought I would see polybag blueberries in Dubai.   Young consumers are now making their own smoothies at home. 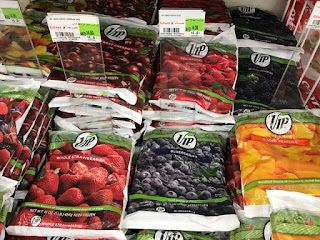 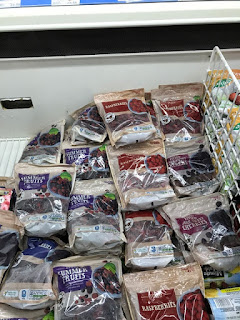 Food Products with Blueberries.  The Middle East is an import-oriented food society -- yet there is a booming food industry as well.   Regional companies are producing dairy, baking and snacks for the region as well as Africa and Central Asia.    More and More blueberries are showing up in yogurts, ice creams and snacks.    Blueberry-Containing products from Europe abound and lead to local development. 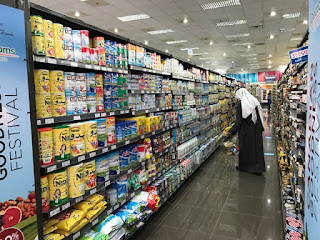 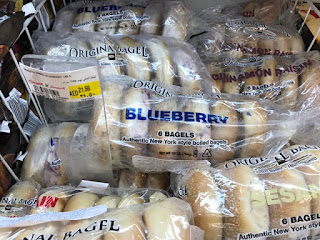 Posted by Blueberryguy at 11:19 AM