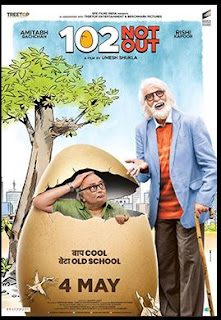 Plot:  The film's plot is based on a Gujarati Play by the same name. Amitabh Bachchan plays a 102-year-old man and Rishi Kapoor his his 75-year-old son.  The plot revolves around the 102-year-old man trying to break the record for the oldest person in the world, held in the movie by a Chinese man.  One of the main themes has to do with the duo changing diet and shopping for anti-aging associated foods such as dried blueberries.  Yes, they really do go shopping and pick up dried blueberries in the film!
Rostaa, a supplier of dried blueberries was quick to team up with the film and below you will see a country-wide promotion for their product with a grand prize of a meeting with the star!

Here is the online contest solicitation 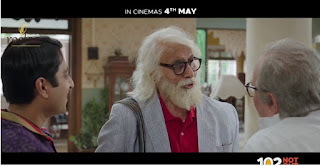 Father and son visit the Supermarket to look for the "fountain of youth." 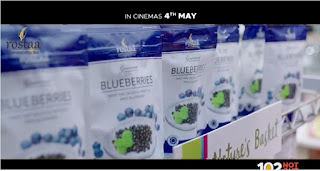 How did it all happen.  Our man in Delhi, Raj Kapoor -- not to be confused with the famous actor -- met up with Rostaa five years ago at a trade show.  I remember as at the time the mantra was "too expensive!"  Most dried fruits are sold in traditional dried fruit markets and are a low cost commodity.  Rostaa has been cooperating with USHBC on promotions, exhibitions and market development in the food industry.  Business has grown and they are selling all over this country of 1.3 billion.  Congratulations to Rostaa.   Congratulations to Raj and all of USHBC who continue to make things happen around the world! 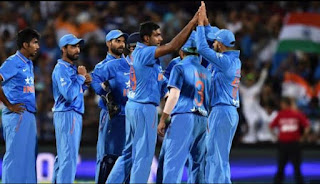 Posted by Blueberryguy at 12:00 PM