Highbush Blueberries for the Armed Forces 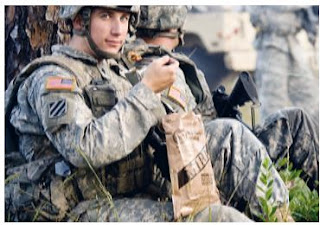 Since formation, USHBC has been actively seeking ways that highbush blueberries fit into the combat feeding programs of the US Armed Forces.   Our nation operates a system to feed soldiers all over the world.  This includes combat and garrison feeding.  This also includes a whole range of other feeding channels including disaster assistance, aid, emergency feeding and other needs.   (They also source fresh produce for the USDA Foods program)


The main provider -- the Defense Logistics Agency (DLA) is the hub which gets the foodstuffs into the field.   It works with a network of prime contractors who are qualified to produce or organize shipments and also surge supplies for major needs.   This process requires long range planning, and the Armed forces is always looking for ways to make things better.  With this, they operate one of the most sophisticated research and development laboratories in the world at Natick, Mass.  Fort Lee in Virginia is headquarters of the Armed Forces Quartermaster Corps who do all from logistics to serving.  It is also headquarters of the Award Winning Army Culinary Team.

All products sold into the US Armed forces channel must be produced and processed in the USA.

The soldiers in the field set the tempo for what is needed, and research and development fills this need and works with prime vendors or processors.  In 2017 more than $200 million in rations contracts were awarded by the US Armed Forces.

How does USHBC participate?  We have been members of an organization called the Research and Development Associates.   This is an organization where Military, Government, Academia and Industry get together for fulfilling the needs.   Each year, two conferences are held where the Armed Forces report from the field on what is needed.  For example this includes nutrition, variety, specific dietary needs and performance.

Prime vendors include specialized companies who have the right equipment and capabilities for the rigorous demands of military feeding.  Items must be packed in a manner to service three years at 80 degree F.

These meetings are also an opportunity to suggest new items for testing and to join research and development collaborations.

USHBC is a long standing member, so we are involved in committees, and whenever possible we recommend various blueberry formats, products and inclusions.


Categories for development:
The Blueberry Granola with Milk utilizes lots of freeze dried blueberries.  When mixed with water it is like a home style granola.. 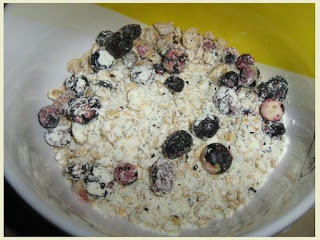 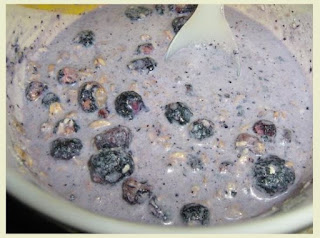 Other Blueberry containing items in the system include:

Posted by Blueberryguy at 1:00 AM