Now that we are all inspired by Korea "Mascot Mania," let's take a look at the market.
US Shipments of highbush blueberries to South Korea:  1999 = 0 lbs.  2016 = 9.6 million lbs. The market has cooled off since 2016 with lots of competition and political and economic instability, but we are battling back with hard work and creative promotions.  Korea is still a top export destination for frozen blueberries and a legacy USHBC can be proud of. 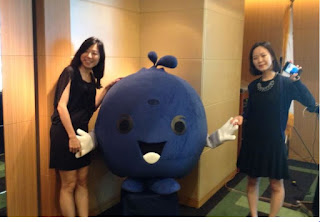 USHBC conducted its first marketing activity in 2002 which was a blueberry health seminar run in conjunction with cherries.  We started talking about the emerging new research on blueberries and antioxidants from the USA.

USHBC faithfully attended the yearly Food and Hotel Korea exposition.  It was a lonely booth and the talk of the town was lemons, pomegranates and black raspberries.  Koreans are very trend oriented and tend to go from one to another.  One of the large Japanese trading companies sent a young staff to the show in 2007 to check out market prospects.  He sent a report back to HQ that "there was little or no potential for frozen blueberries in South Korea." 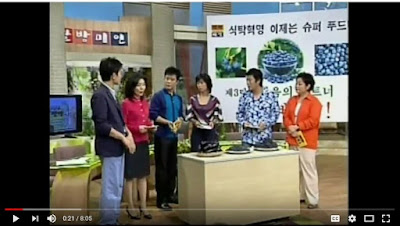 Late one evening we received a call from MBC, the largest TV network in Korea.  Their research staff had read details on Dr. James Joseph at Tuft's University.  They were planning a segment on a popular news program which runs prime time.   Guest hosts would be two of the most influential food and health experts in Korea. We hustled film, background details and graphics.  Note the USHBC materials in the background.  Blueberries were on the way to stardom!

Rather than retreat from the market in 2005, USHBC picked up the pace of promotions.  We engaged the trade.  Our excellent marketing contractor KBSI in Seoul implemented creative programs to keep the momentum going.  This included our wonderful mascot, beauty related promotions and continual work with the trade. 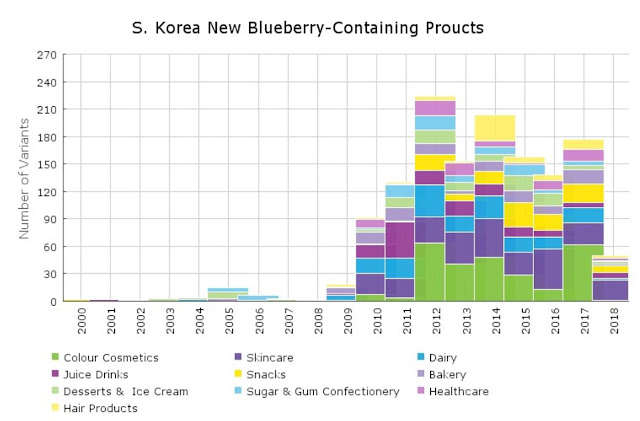 In Korea, food trends normally last 3-4 years.  We have beaten the odds.  Blueberries are here to stay.  After a 200% gain in the past decade, there have been twists and turns in the market.
>New origin suppliers have come into the market, and have taken significant amount of the hard earned polybag market. One major supply country has a 0% duty and to the buyer this is a discount compared to the USA product that until March 14, 2018 has had duty.  (was reduced in-year-to-year stages)
>Frozen mangos were the trendy fruit for the last two years and occupied a lot of our hard earned freezer space.
>South Korea has been through major political and economic turmoil in the past years with change of government, marches in the streets and a unsettling situation with the DPRK (North Korea) 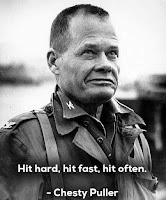 USHBC FoodTech is on the move in Korea for the long run!

Note:  All Statistics provided were copied from screen shots of the Global Trade Information Service and are from US Census.